Compliments to the chef.

Executive Chef Michael Caudill, a graduate of the Pennsylvania Culinary Institute, is the culinary mastermind behind the Duquesne Club kitchen, its creative vision, and its tireless pursuit of excellence.

Approaching three decades, Mike has worked on some of the country’s most prominent and well-respected culinary teams. He began at the Ritz-Carlton Naples, the company’s flagship property at that time. Mike returned to the area to work at Nemacolin Woodlands and then joined the Duquesne Club as a sous chef from 1998 to 2002.

To further grow and develop his craft and management skills, he became the executive chef at The Valley Club in Sun Valley, Idaho, an exclusive private golf Club welcoming high-profile members and guests worldwide. He was fortunate to be on the opening team at Alex Restaurant, Wynn Las Vegas; the restaurant was one of only three Five Diamond restaurants in Vegas. Mike stayed in Las Vegas and joined the highly respected culinary team at the Bellagio as the assistant banquet chef.

In 2007, Mike returned to Pittsburgh and the Duquesne Club to work and train under Chef Coughenour as the executive sous chef. Upon Chef Coughenour’s retirement, Mike’s skill set and knowledge base positioned him to naturally progress into the executive chef position for the Club. 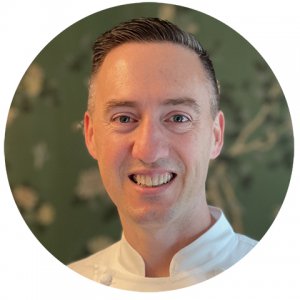